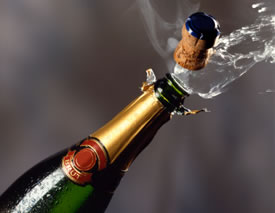 There's been so much happening in the world of online bingo in the last year at times it's been hard for us to keep up. For example, as 2009 opens its doors to greet us, it seems hard to remember a time in 2008 when Wink Bingo didn't dominate the top five sites and Bet 365 Bingo ads weren't everywhere.

From accidental payouts from Foxy Bingo to getting your bills paid for you by bingo, we've all come a long way in the last 12 months. In the light of the many changes we have seen, we've been pondering which of the new features we've seen in 08 were the best and which we'd like to see more of in 09.

As energy prices soared, bingo came to the rescue

As we have said on many occasions, all of us at Bingo Hideout love those pay your bills promos. These promos are especially fantastic as they have an all inclusive appeal which makes them what internet bingo should be all about.

After all, although we love cold hard cash, winning a prize such as this will make a huge difference to most households and still leave plenty of free cash for shopping sprees anyway!

We have also seen developments in the expansion of uk bingo into the world of telly and mobile. Having seen how keen most mobile providers are on investing in this immensely popular game, we are looking forward to seeing how good our game looks next time any of us get an upgrade!

Chat to your neighbours abroad for free!

Of course the feature we have most talked about in the last six months that we at the Hideout are most looking forward to seeing the integration of, is the multi language feature in platforms, such as the latest from Parlay. With many operators expanding into new other European markets every month, there is sure to be evidence of this found in our game sooner rather than later.