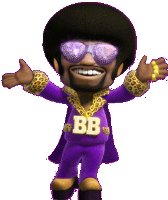 Bucky Bingo has just taken the sensible step of renewing their online bingo gaming software agreement with Virtue Fusion. Clearly Bucky Bingo and their online bingo players are more than happy with the software platform and rightly so, as Virtue Fusion provide a superior gaming product which subsequently brings some of the biggest names in the gaming industry to their door.  Bucky Bingo is amongst some pretty prestigious company in using the Virtue Fusion software, big bingo sites such as; Ladbrokes Bingo, William Hill Bingo, Mecca Bingo, Bet 365 Bingo, Crown Bingo, Sky Bingo and many more.

The renewal of the agreement with Bucky Bingo will see Virtue Fusion (Alderney) Limited, supplying the online bingo site with their software for the next five years and will take Bucky Bingo to 2014 before they need to renew their contract again.  The agreement marks the end of a successful two year trial period using the Bingo Networks Alderney (BNA) software.  During this time the Bucky Bingo site has enjoyed a substantial growth in their online bingo player numbers, and has received a good consumer response to their Bucky character which is a bit of a mixture of a seventies ‘Disco Daddy ‘ and James Brown all dressed up in gaudy purple pimp couture.

The feeling is that now the Buckingham Bingo company has made a success of the online bingo side of the operation and that the online brand and their presence is well established, that the company is now ready to build on their successes to date and move onto the next stage.  It is hoped that further brand growth will be achieved by including more gaming choices for online bingo players at Bucky Bingo, and this will be provided by the inclusion of exciting new bingo games and rooms.

Virtue Fusion themselves see the renewal as mutually beneficial and said of the latest development in the partnership with Bucky Bingo “Working with an established land-based bingo brand has been great and provided some valuable customer insights.  The new agreement will allow us to continue working with Buckingham to build the site and player experience”.

There have been many online gaming sites recently jumping ship and adopting Virtue Fusion software such as Virgin Bingo, Paddy Power Bingo and Shipleys Bingo these strategic moves by the companies concerned have caused much speculation within the industry that the National Bingo Game may be going online and will be only available on Virtue Fusion sites, this is however only conjecture at this point.