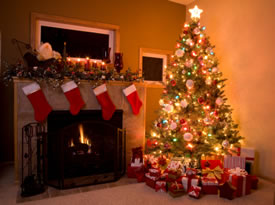 It’s true to say that most of us are hoping for a huge Xmas treat from our beloved bingo sites this month, and that this may be truer for more of us than it was this time last year.

We can’t all hit the jackpot when the Big Day arrives, and although it’s tempting to imagine what you could spend your windfall on in the New Year, why not think instead of how we could thank our favourite sites at Christmas?

How about voting in the Which Bingo 6th Annual Online Bingo Awards?

After all your favourite site provides you with ongoing entertainment, new games and sociable spaces every day of the year, so isn’t it time we gave something back?

Although we haven’t read Foxy’s Christmas list or Harry’s Wish List, we’re guessing that most sites are hoping for your votes as the annual Online Bingo Awards are launched.

The prestigious Which Bingo Site of the Year Award is up for grabs at the moment with Think Bingo hoping to keep a hold of it for a second year. These were the first awards of their kind to be launched back in 2003 and so have built up a lot of respect throughout the industry, which is why your vote would be the best “thank you” present you could give your site this year.

Our favourite thing about these awards is that they are inclusive of all 250+ sites online in the UK. This means that no matter where you play, you can vote.

So why not give your site a “shout out” now and vote at the Which Bingo Site Of The Year Award? The polls are open until December 31st 2008 at Which Bingo and the sites with the most votes in each category at the end of the month will be awarded the respective titles.