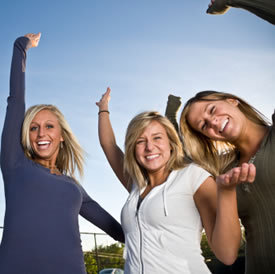 As you may have seen already, there is a new casino style show being shown on ITV1 in the afternoons. Presented by Bradley Walsh, Spin Star represents the first attempt by a mainstream channel to create a casino-style show during primetime and it is currently being sponsored by the William Hill Bingo site.

Shown daily at 3.30 on ITV1, the game centres on a slot machine which is operated by one of the contestants. Spin Star is ITV’s chance to bring the casino experience to the little screen, and since it is being sponsored by a brand as weighty as William Hill is likely to attract a lot of attention from the outset.

Having started their sponsorship with the launch of the show, William Hill will be hoping that their first attempt at promoting their bingo online site will have the huge take up that Wink Bingo has seen since starting promoting on Celebrity Family Fortunes.

This decision comes after William Hill’s month long advertising campaign and they are hoping that the promotion will work alongside the thrills and spills of the show to accentuate the idea that their new look site is a new and exciting version of our favourite game.

It is becoming more apparent every week that having a high television profile represents huge benefits to getting your bingo site noticed among those who might not have played before, and with a name relatively unknown such as Wink Bingo doing so well, it is also apparent that you don’t even need to be a trusted brand to raise numbers of new players who want to play uk bingo online.

Check out the show if you like slots fun and see how well the format converts to the telly.