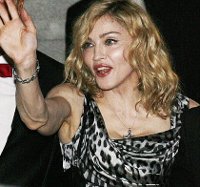 We are getting all in a flap here at the Bingo Hideout Towers (excuse the name boss thinks he is a bit of an online bingo king, so we are humouring him!), about all the recent stories regarding bingo wings, it seems that the online bingo world and the media in general are totally obsessed with bingo wings, and we don’t like it.  We have admitted recently that we have not been averse to using the term ourselves but now it seems that we are being constantly bombarded with Kentucky fried bingo wings everyday, some might say we are ducking the issue, but we feel that we don’t want to feather this nest further with additional bingo wings references.

We girlies here at the Hideout are getting mightily tired of all the bingo wings headlines and so we have decided to make a bit of stand.   If we just look at some of the recent bingo wings headlines, there is a news story about Roxanne Pallett the ex-Emmerdale soap star who is saying that her bingo wings are back after her stint on the Dancing on Ice tour, then there is a rival bingo blog portal that has been running a (maybe not quite politically correct) bingo wings competition and then of course there has recently been dear old Madge in the news flapping her bingo wings about to the joy of the waiting paparazzi.

Dear Roxanne, bless her heart, is trying to make us all feel a little bit better about our bodies by saying in the recent Press Association article that she is a ‘curvy size 8’!  Come on, since when has size 8 been curvy?  And bingo wings please!  Judging by the picture circulating of the 26 year old soap star there is not one shred of evidence to suggest that she has anything that the majority of us female bingo players wouldn’t be mightily proud of waving in the air on a big bingo win. Come on girls stand with us and say we want another term for ‘bingo wings’, maybe bingo game muscles or bingo one pack, after all we wouldn’t get away with targeting any male problem areas with a detrimental term,  now would we?  There is an old joke that says women are called birds because of the worms they pick up, and if we are going to endure bingo wings then maybe we should adopt a name for guys appendages in a show of our disgust ……… and pigeon pecker springs to mind to stay on the chicken theme! Of course Bingo Hideout Towers boss excluded …….. P45 ready for collection sir?