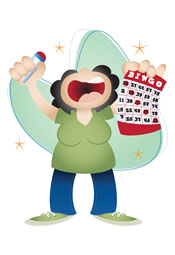 We at the Hideout have been talking of the telly bingo revolution for a while now, and as predicated this new format is fast becoming one of the most popular ways to play uk bingo.

How do we know? Well last week Bingo Night Live gave away a huge £60,000 on air and simultaneously become holders of a Guinness World Record for the largest bingo online game.

Wow, what a coup for the relatively new format that is TV bingo! In one game this show has set new precedents for what a player of televised bingo games can expect for their participation. Not only did lucky winner Michael in Margate scoop the jackpot, but all players who registered to play in this massive game will also be receiving certificates to recognise their contribution to the World Record.

It has been reported that there were 59,392 players in the game. When you consider that cards are free on telly bingo there might have been a few disappointed faces that night but who can argue with a place in history and the chance to continue to play for free?

As we’ve said before at the Hideout, we love all formats of telly bingo that are currently available from Gala on Sky to Telly Bingo on RTE and we love to see these shows pushing the envelope for their viewers. After all, if the big cheeses that run the channels see just how much we love the game, we may well see a prime time show next year?